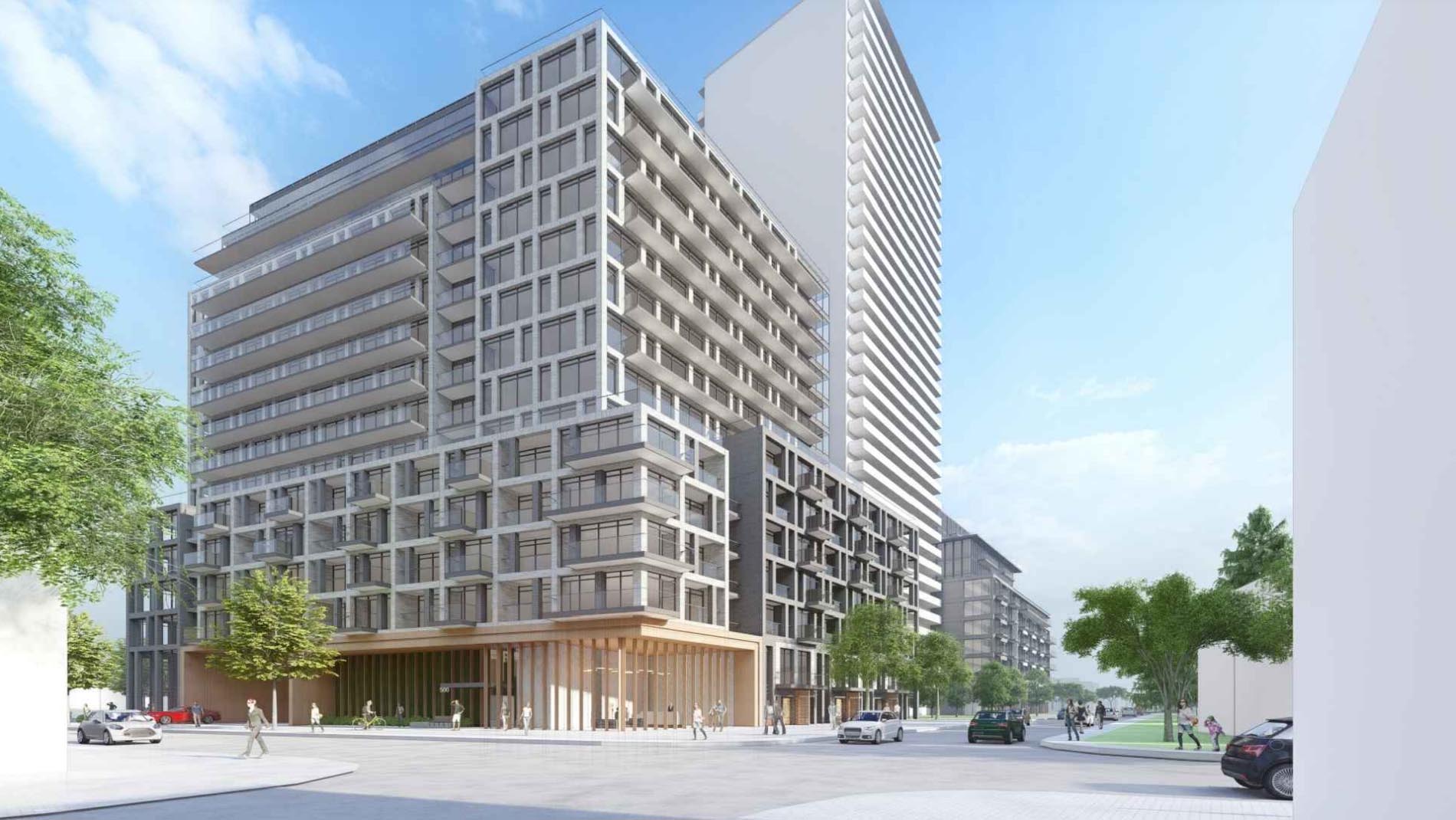 A new development proposal for a site just north of Toronto’s bustling Yonge and Eglinton intersection could deliver new housing and greenspace to the community.

Last week, a Zoning By-Law Amendment application was submitted to city planners to construct two mid-rise, infill residential buildings at 500 Duplex Avenue. In addition to a new public park, the proposal would see the creation of over 600 new condos while retaining existing rental housing on the lot.

The proposal would involve the “infill redevelopment” of the northern and southern portions of the site, according to the application’s planning rationale by Bousfields Inc. Two mid-rise buildings would be created while maintaining the existing apartment tower and retaining all but two of the units in the high-rise, for a total of 319 apartments.

According to the application’s project data sheet, the 621 new units would be tenured as condos.
The breakdown would include 286 one-bedroom, 269 two-bedroom and 66 three-bedroom units. Combining the retained 319 apartments on site, the total number of residential units in the project would equal 940 suites. 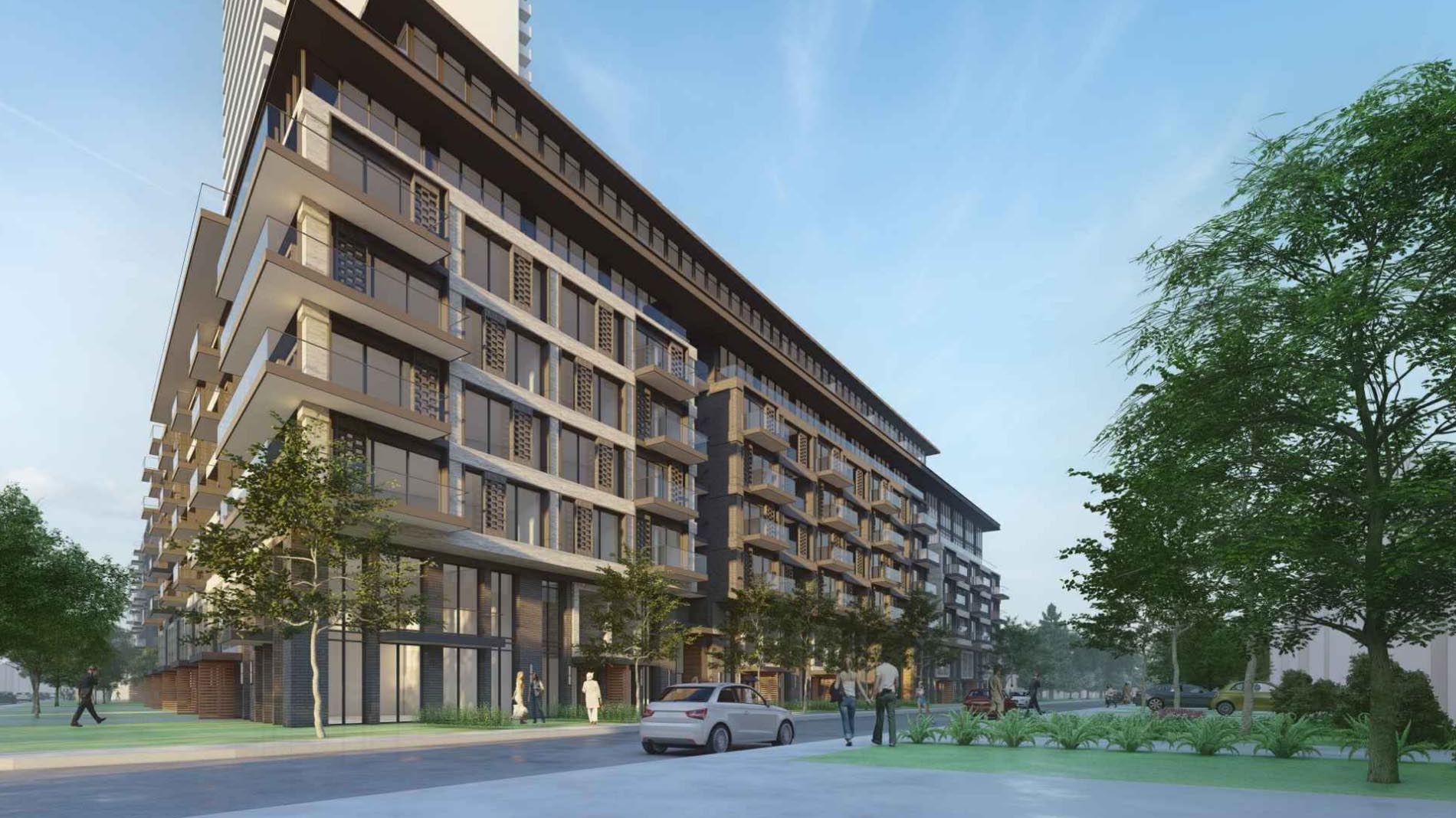 The new buildings would consist of a 15-storey tall mid-rise, referred to as Building A, and an 11-storey mid-rise called Building B. These structures would take over the areas currently occupied by the surface parking lot, a driveway and the townhouses. Both structures would connect into the north and south façade of the existing apartment tower via a six-storey base building, forming a U-shaped structure. A landscaped space and a 9,874-square-foot public park fronting onto Montgomery Avenue would be created along the development’s western side, framed by the adjacent Montgomery Apartments, as per the planning rationale. 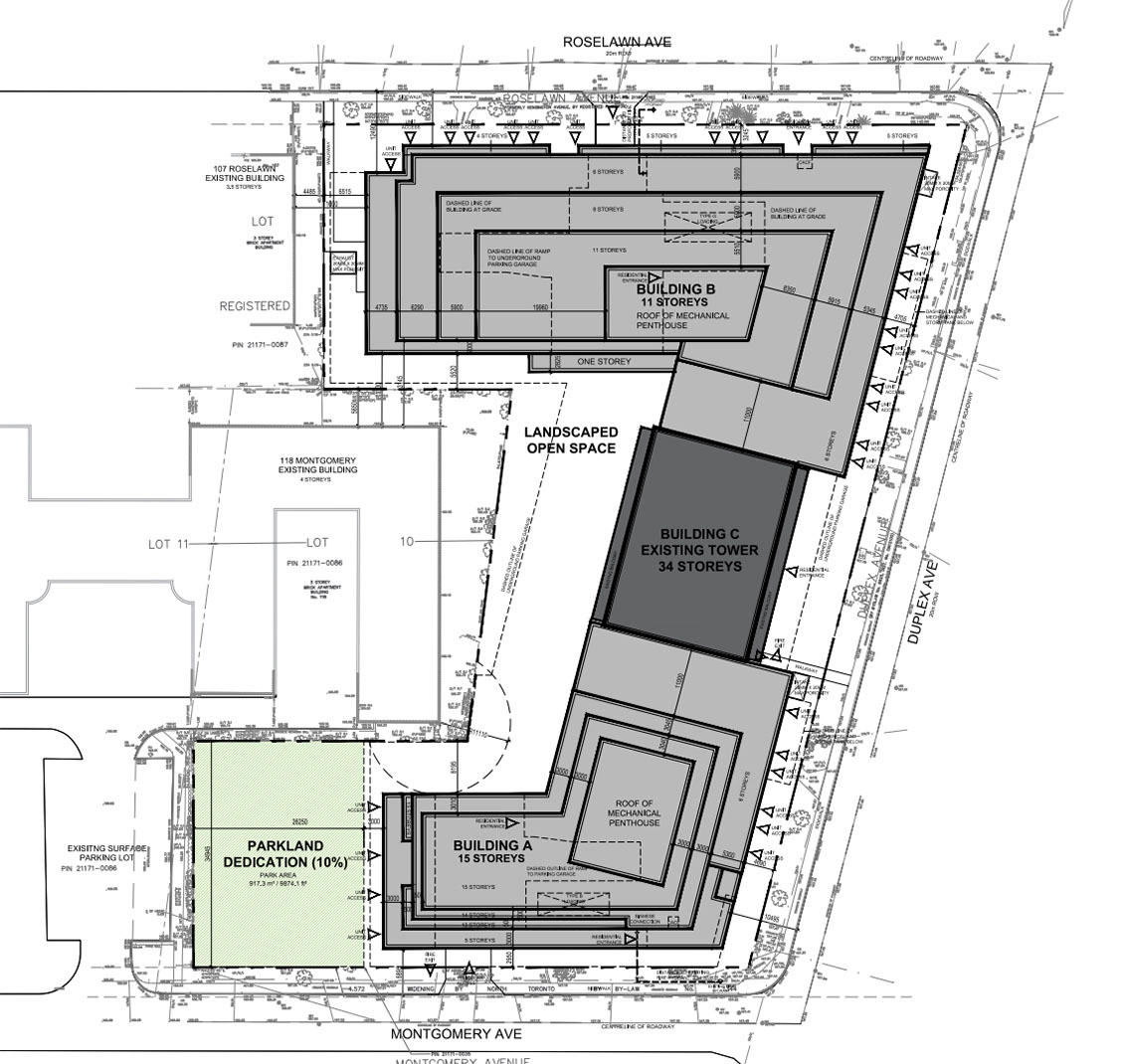 A 17,135-square-foot outdoor amenity courtyard would be incorporated at the rear of the site, described as “the main feature of the redevelopment.” This courtyard would showcase a linear pond, a splash pool and a water feature, plus smaller outdoor spaces for group gatherings with cabana-style areas, lounge seating and barbeques.

Two additional outdoor spaces with seating and entertaining areas would also be added on the east side of the existing apartment building.

The proposal would provide three levels of underground parking, the second level of which would connect into an existing garage for a total of 527 parking spaces. Meantime, 775 bicycle parking spaces for long- and short-term use would also be slated for the site.