On behalf of Streamliner Properties, Bousfields has applied for the rezoning and subdivision of a property at 500 Duplex Avenue in Toronto’s Midtown area, currently occupied by a 34-storey apartment building, nine 3-storey, stand-alone townhomes, a tennis court, and a surface parking lot. Streamliner is seeking to intensify development on the Tower-in-the-Park style property with new residential buildings to the north and south of the existing tower, replacing everything on the site other than the existing tower, while providing with City with new parkland on part of the current lot. While a Zoning By-law Amendment application for the new buildings was submitted to the City in July, an application for the subdivision of the property to sever what will become the park followed in September. 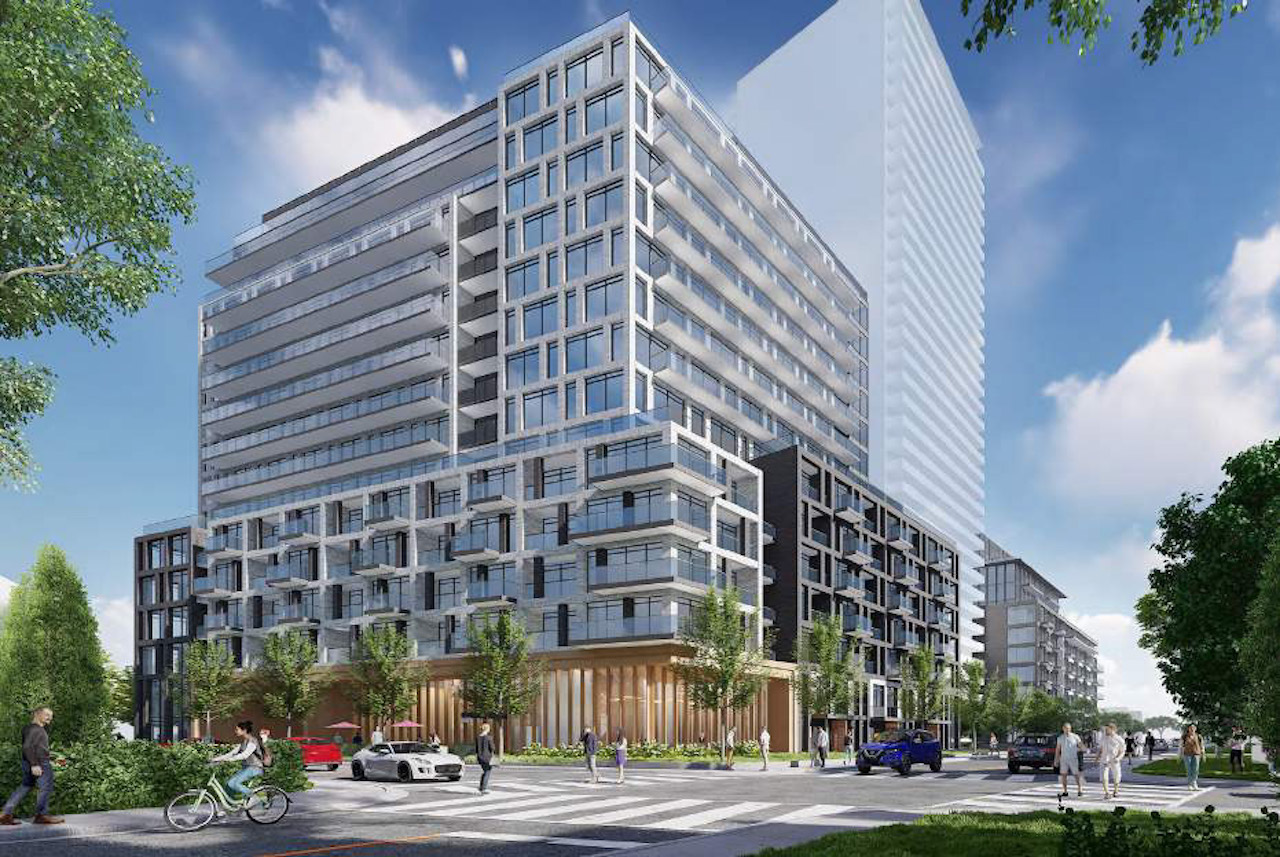 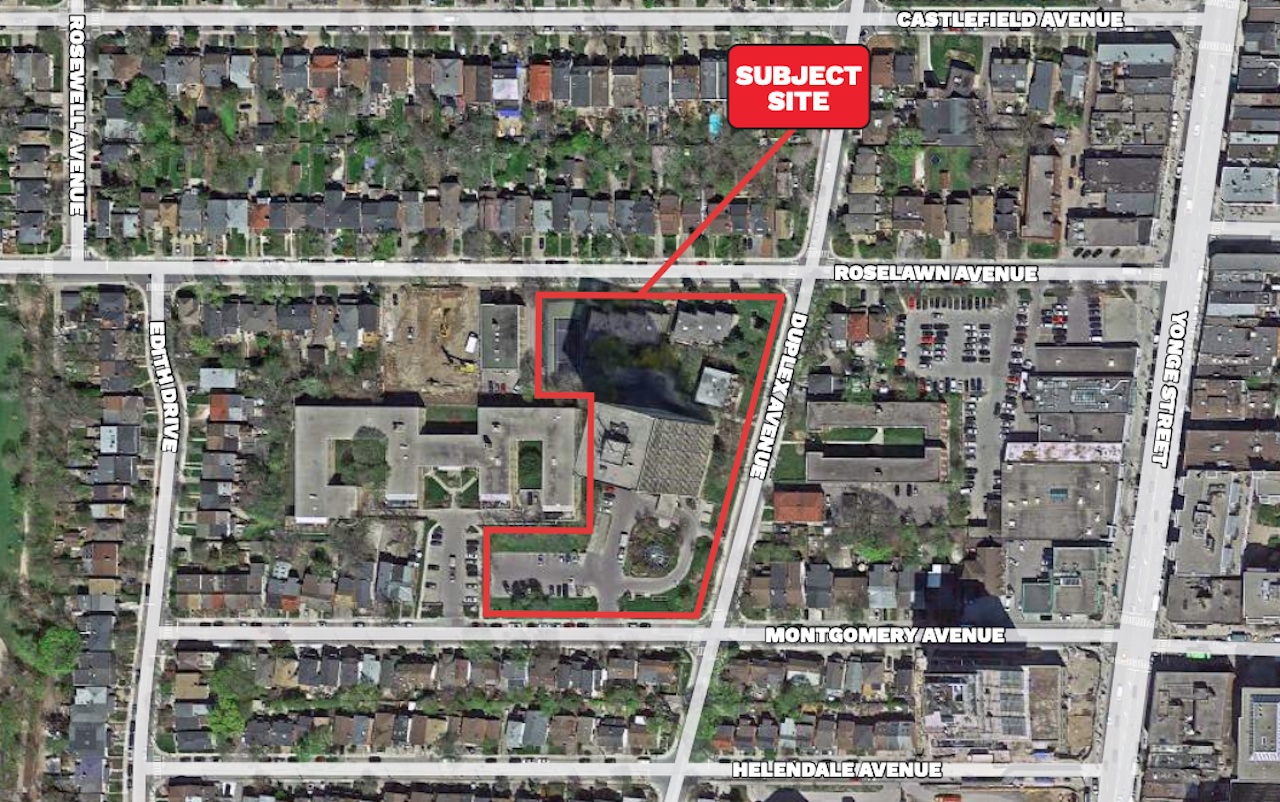 Location of 500 Duplex Avenue, image from submission to the City 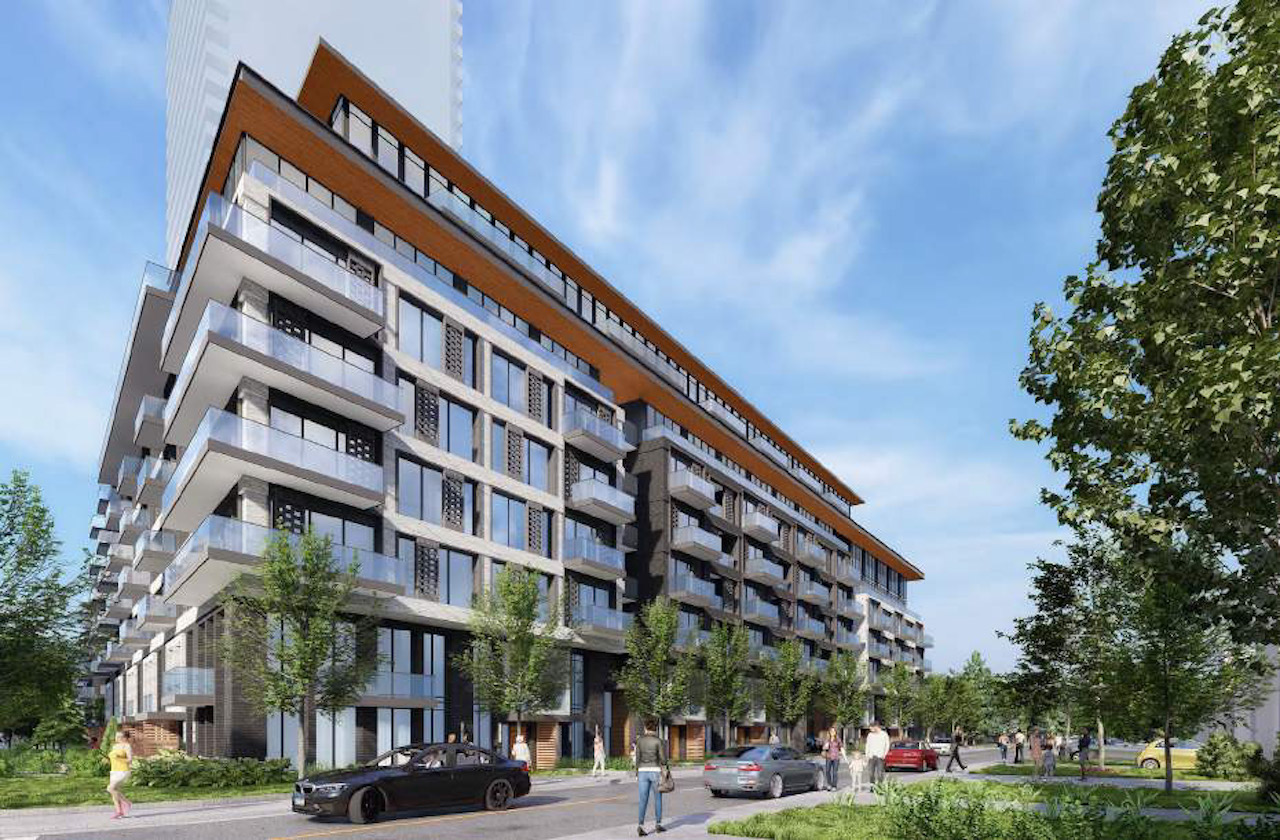 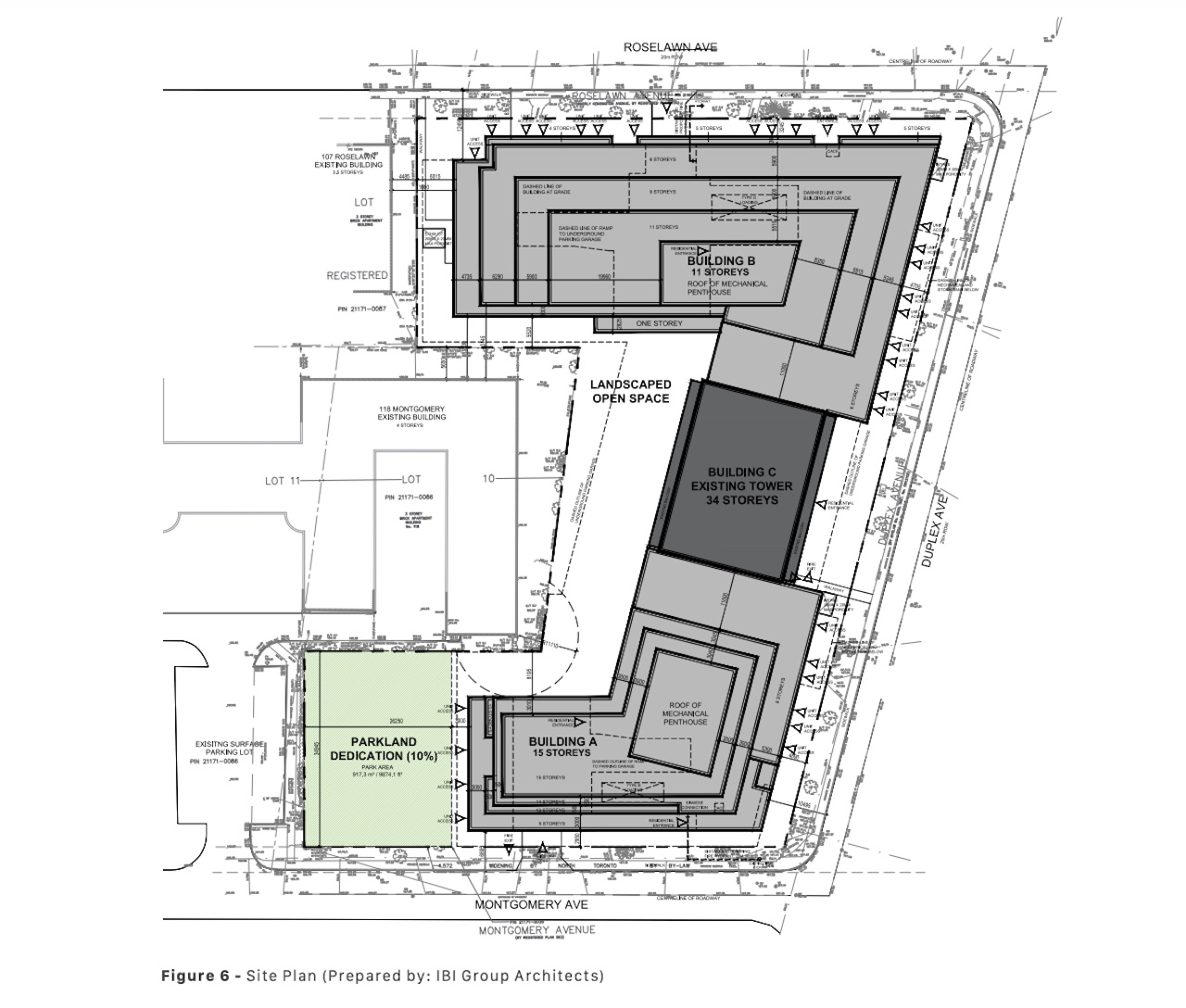 Architectural plans showing the composition of the development including the new public park, image from IBI Group

A 917m² public park, rectangular in shape, is planned for the southwest corner of the site, fronting onto Montgomery Avenue. The park would provide separation from the low-rise properties to the west, and would be framed by both the Montgomery Apartments and the grade-related townhome units in the new south building. 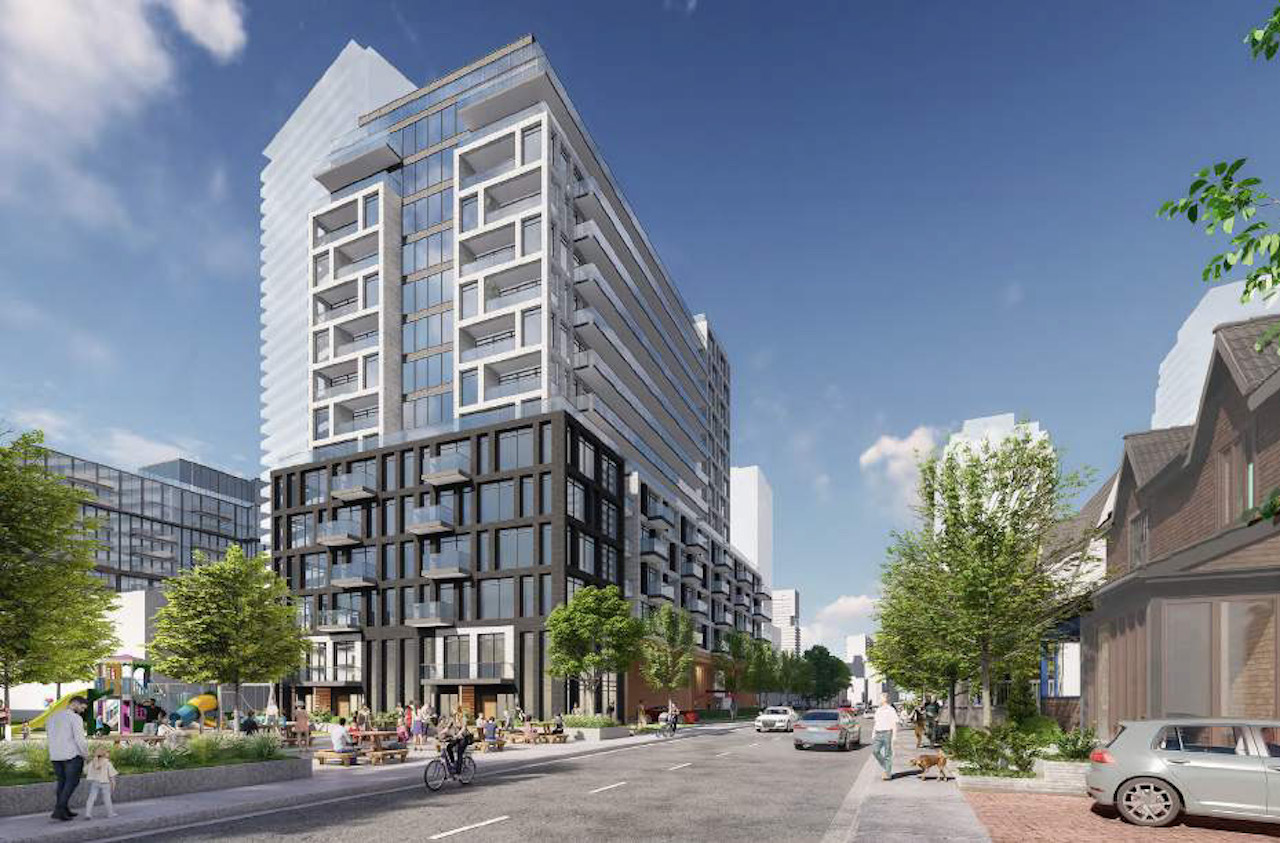 The site is located within a seven-minute walking distance of the Eglinton TTC subway station, which also includes a bus terminal served by eight TTC bus routes that ply Avenue Road, Yonge Street, Leaside, Eglinton Avenue East and West, Lawrence Avenue East, and Leslie Street. The station will have an interchange with the new Crosstown LRT line, currently under construction. Once it opens, the bus routings in the area will change. The closest Eglinton station entrance is located approximately 550 metres from the site within the Yonge-Eglinton Centre. 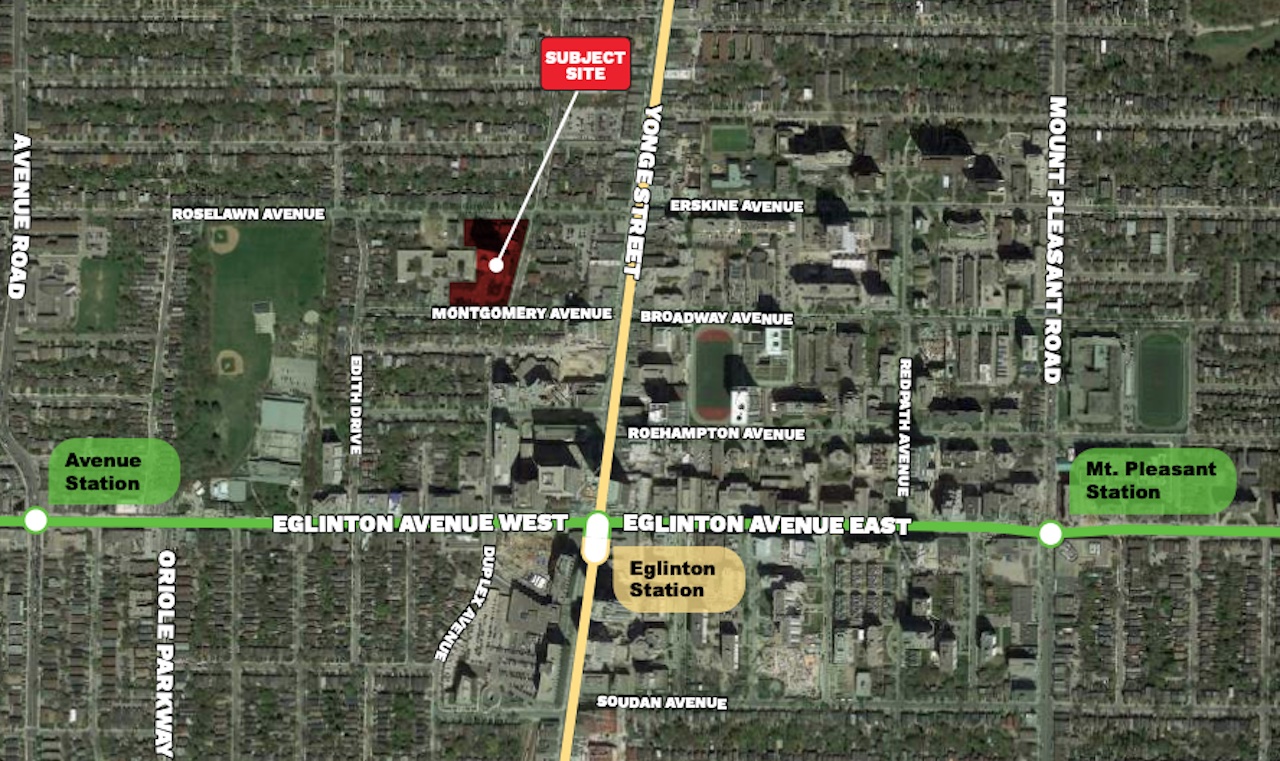 Transit near 500 Duplex Avenue, image from submission to the City

You can learn more from our Database file for the project, linked below. If you’d like, you can join in on the conversation in the associated Project Forum thread, or leave a comment in the space provided on this page.